The objective of the conversion was to optimise the floor space for each flat and to create an attractive living situation for the housing complex.

The concept was to leave most of the flats in their original layout. Merely on the third floor three two-room apartments were combined to create two three-room apartments.

The houses core was refurbished and the kitchen as well as the bathroom areas reorganized. The old chimneys were demolished and replaced with a central, energy efficient heating system. During the construction work, the energy efficiency of the complex was improved. The old windows and doors were replaced and a thermal insulation composite system applied.

The attic was converted and extended. For the conversion the flat roof was demolished and later rebuilt. During this process the eaves on the courtyard side of the building were raised, thus allowing a larger ceiling height and by reducing the slope of the roof, individual roof terraces for the flats were realised. 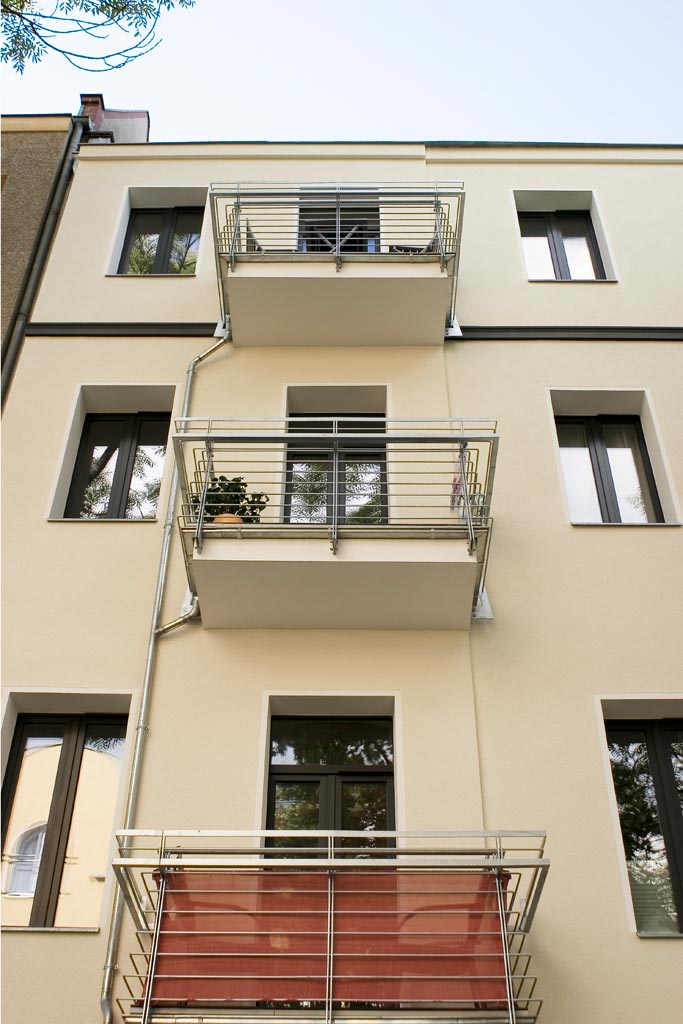 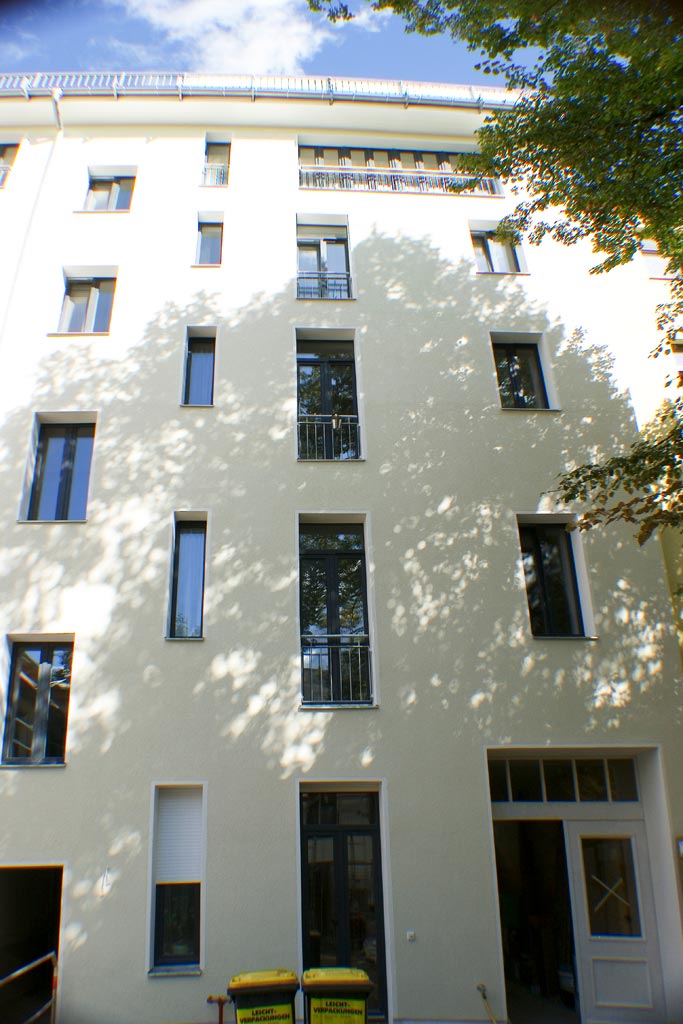 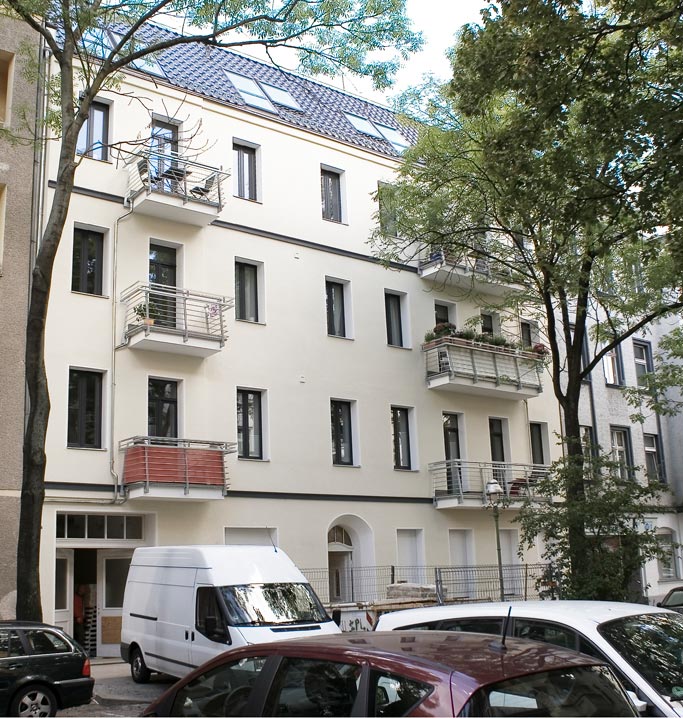 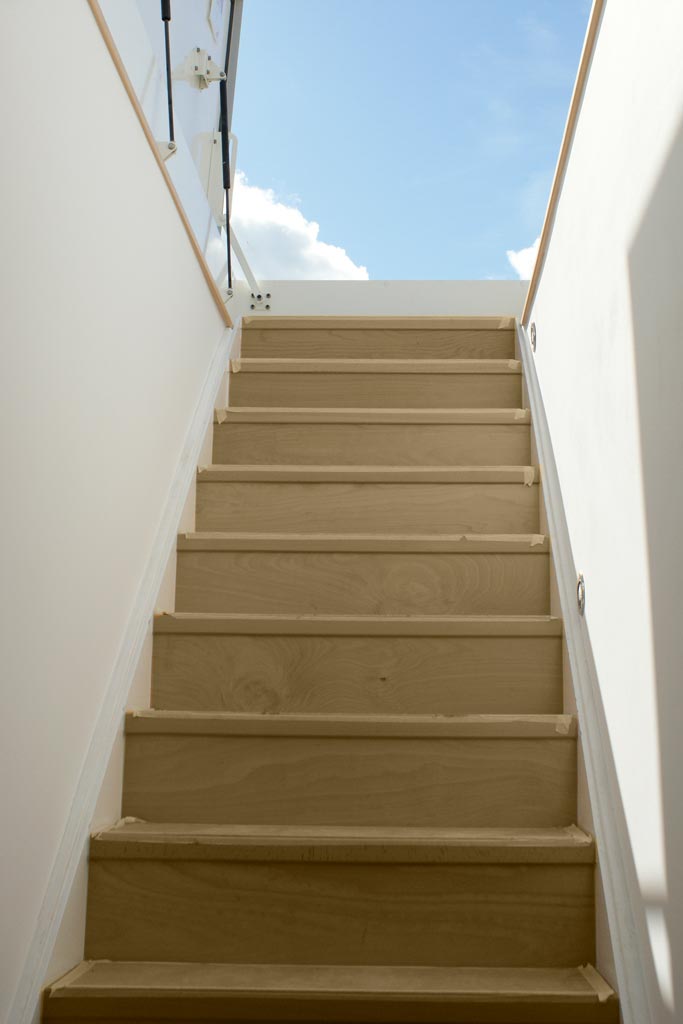