In 1973 today’s Brenntag building was erected as part of the so called Rhein-Ruhr-Zentrum – in the beginning serving as headquater of the Stinnes AG and later on becoming the Brenntag AG’s headquater. mmrtg|architekten were commissioned to develop a concept study for the following three areas:

1. Modernisation of the facade
2. Reorganisation of the main entry and lobby areas
3. Developing a tenant-specific office concept, taking into account the space allocation plan

To represent Brenntag AG’s area of operation – “Chemistry is our business” – the major commodities should be presented in their substantials. Chemistries foundation is the chemical elements, which are illustrated in the Periodic Table of the Elements (PTE). The PTE is sectioned into 10 groups of elements – four of these are framing it and therefore can be seen as a kind of support frame to all the other elements (alkali metals, alkaline earth metals, halogens, noble gases).

The idea was to develop a colour scheme based on those 10 elements, assigning a crucial role to the four main element groups mentioned above. This will also show in the colour scheme, and so the company’s basis of action will have an influence on the future design of the Brenntag Tower.

To achieve this, the four concrete facing panels on the four corners of the building will be exchanged for coloured panels – representing the abstracted colours of the PTE. To unify the company’s entrepreneurial action with its foundation – the chemical elements – those four pillars are also representing the four corporate principals.

The newly designed Brenntag Tower will welcome employers and visitors alike with its new portal, spanning two floors and thus projecting the lofty two-story entreé onto the façade. 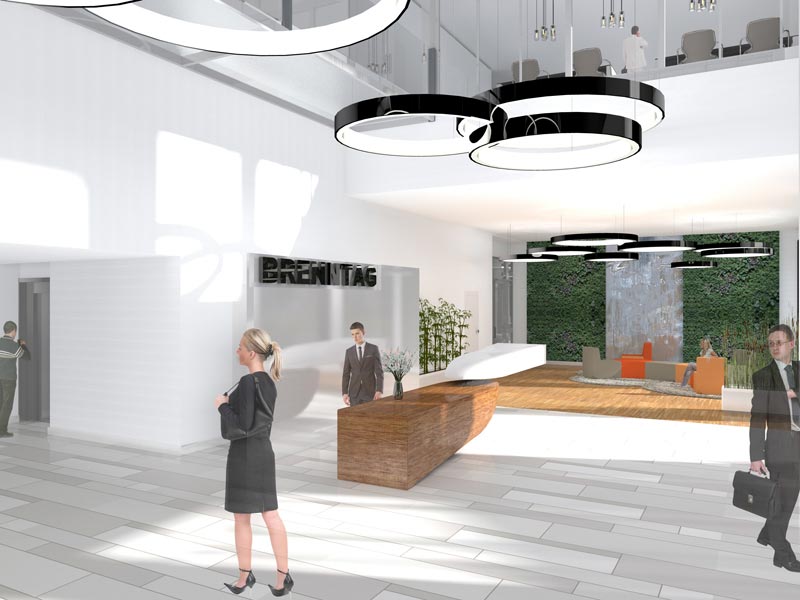 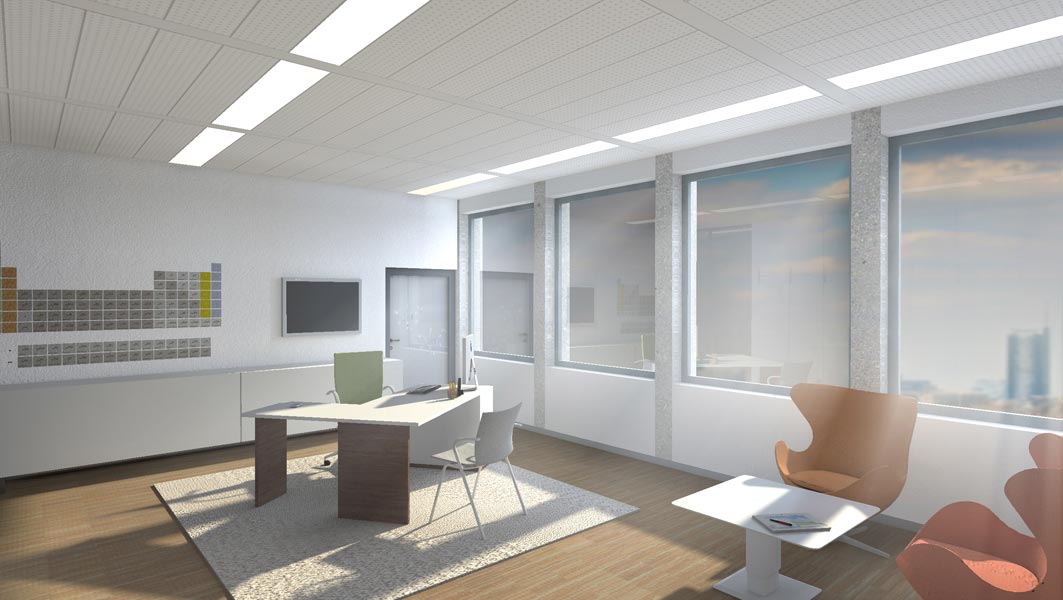 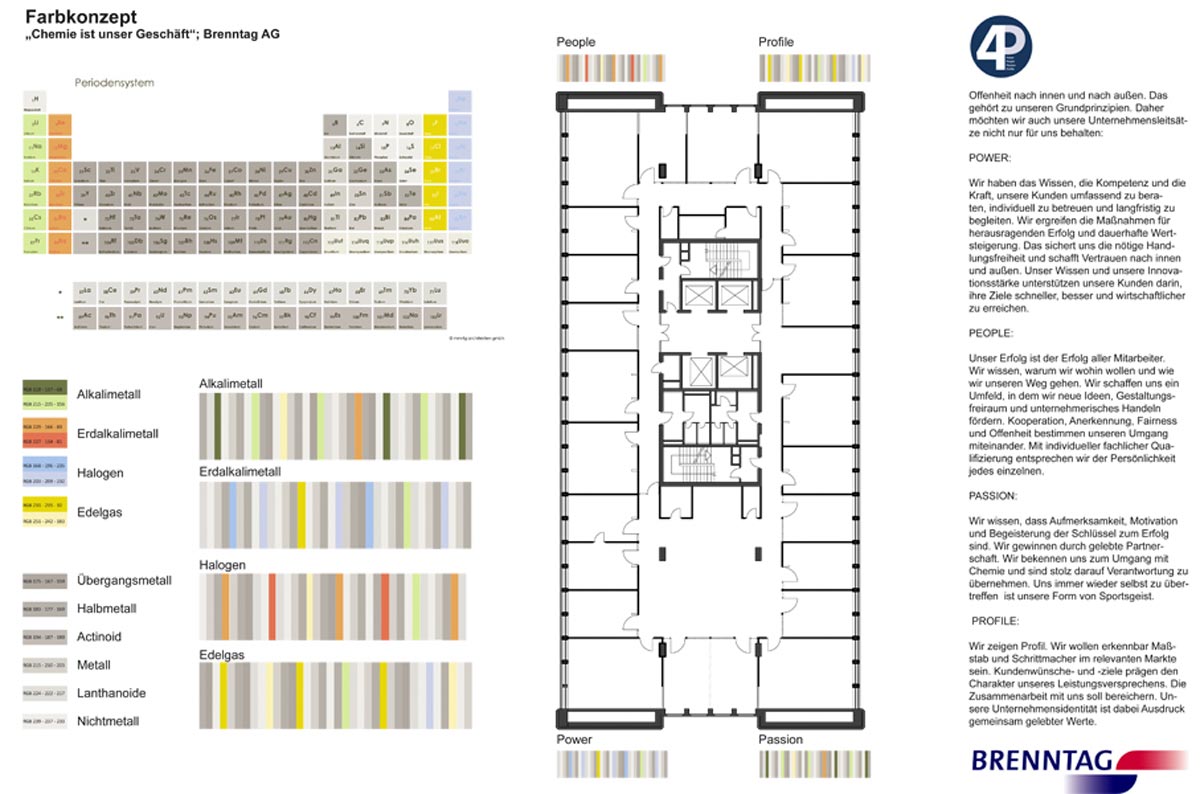